“The first time I heard the music of the launeddas I was 8 years old. I asked what that marvellous sound was, completely unknown to me: it was love at first sight. Today I am honouring the instrument and music to which I have dedicated my existence. Quite simply, the launeddas is my life.”

WHAT'S IT ALL ABOUT?
The launeddas is an instrument made from three canes played in Sardinia since the Bronze Age. In this film, its greatest living master illuminates the richness of an endangered musical tradition. Maestro Luigi Lai will be 80 on 25 July 2012.
Brimming with virtuosity, generosity and passion, Maestro Lai’s playing, singing and story-telling were first filmed by Barnaby Brown (Director/Producer) and Carlo D’Alessandro (Cinematographer) in April 2011. The purpose of that trip was to produce an educational resource, but the beauty of the music, landscape and Luigi's vibrant personality so exceeded the makers’ expectations that a documentary film was born.
Music teachers across the world use the human voice to convey expression to their pupils more directly than they can with their instruments. It is this technique that enabled the young Luigi to master the instrument; as a lad he would cycle through the Sardinian countryside, singing the day's lesson on his way home.
The film is an intimate portrait of Luigi as he approaches his 80th birthday, looking back on his life and the many places where he has played since the 1940s. We see Lai making his instruments out of cane found growing by the roadside, reminiscing about his past life, and playing for local dancers in the village piazza.
Before World War II, the launeddas carried prestige as a professional instrument in the south of the island; when Lai returned from 15 years in Switzerland, however, Sardinians were scarcely aware of its existence. We will meet his wife, family, and dancers for whom the launeddas was at the heart of courtship and entertainment: every Sunday, before the War, dancing began after Mass and continued late into the night. This was the only time it was socially acceptable for unmarried couples to hold hands. Stories from Luigi illuminate a bygone era with laughter and affection, poignantly contrasting with society today.

WHAT WILL WE SEE?
This project tailors footage for two audiences: a documentary film for the general public, and an educational DVD-book for specialists. The comprehensive detail in the DVD-book forms a cultural goldmine, whereas the film weaves highlights into an arts documentary of universal appeal. These two elements feed off each other, delivering greater return for investors and impact for society.
The footage is mostly in Italian with occasional bursts of local language, Campidanese. Some English is spoken when the Maestro visits the UK and two language versions will be created (English and Italian), each with subtitles as appropriate.
Documentary Film
Observational in style, and almost all visually and musically led, the film is a love story set on a spectacular island. The passion between a phenomenal player and his endangered tradition is captivating. Variety, momentum and intrigue are generated by four strands running through the film:
Maestro Lai’s 80th birthday concert on the Scottish island of Iona will include an intercultural collaboration with the greatest living exponent of Hebridean mouth music, Rona Lightfoot, celebrating a link between Scotland and Sardinia that dates from the 8th century. An instrument very similar to the launeddas is found on three Scottish monuments: St Martin’s Cross on Iona, a grave slab at Ardchattan Priory, Argyll, and a Pictish stone at Lethendy in Perthshire.
Another two carvings are found in Ireland and the story of these fascinating images, linked by St Columba, will be told by Ireland’s greatest living painter and piping impresario, Brian Vallely. “Luigi's arrival was a milestone occasion in the history of the William Kennedy Piping Festival. This unassuming man produced a series of canes from his battered box and proceeded to play for 14 minutes nonstop. When he finished there was a standing ovation that equalled the length of the piece he played. Luigi has returned on two further occasions and both times stole the show again.”
Educational DVD-book
Eight interactive menus will give students access to the Maestro’s world-leading expertise in close-up detail and from multiple angles. The opportunity of repeat viewing anywhere and anytime, following one’s own route and at one’s own pace, provides a powerful learning opportunity. Compared to the legacy of A.F.W. Bentzon, currently the richest resource for launeddas students in existence, this DVD-book gives the satisfaction of complete performances, both on the launeddas and sung the traditional way. It is the first ever documentation of this subtly expressive and virtuosic form of mouth music.
Whereas Bentzon’s access to the two greatest masters of last century, Efisio Melis and Antonio Lara, was limited to four visits to the island between 1953 and 1962, Lai was taught by Lara and affectionately taken under the wing of Melis. Between the age of 9 and 24, the precocious Lai played with them at countless festivals. On this DVD, he exhaustively shares what he learnt:

WHY WE NEED YOUR HELP
By the end of August 2012, we will have all of the material we need to complete the film. We are looking for completion funding to see the project through post-production, which includes the edit and securing rights to show archive footage from 1962, archaeological material in national collections, and medieval manuscript illuminations in Oxford and Cambridge.
The funding will also be used to help sell and market the film through international outlets. We will start with broadcasters in Europe, and any profit that arises will mean those who donated will not only get the chance to make back their investment, but make a little extra too! We will have transparent accounting, and percentage-based payments that reflect how much each contributor donated. Simple!

The project is a labour of love. Whatever amount you can donate is greatly and warmly appreciated. Your support enables us to show this film to the world, helping to keep alive a threatened tradition through the power of cinema.

Luigi Lai – Contributor
Born in 1932 in San Vito in south-east Sardinia, the heartland of the launeddas, Maestro Lai studied this ancient musical instrument with the greatest masters of the previous generation, Efisio Melis and Antonio Lara. Devoted to it since the age of eight, he has maintained an exceptional work ethic all his life. He studied music and lived for 15 years in Switzerland. When he returned to Sardinia in 1971, the launeddas tradition was at its lowest ebb. Since then, no-one has had more impact or authority rescuing the instrument from degeneration. Embracing a wide range of musical styles, Lai has collaborated with numerous famous artists and represented Sardinia in every corner of the globe. He has produced three solo albums (1985, 1997 and 2003), published a tutor in Italian and English, and energetically runs classes in several localities. Universally acknowledged as the instrument’s greatest living player, he is concerned to pass on the phenomenal cultural inheritance in his fingers to the next generation.

Barnaby Brown – Director/Producer
As an independent producer, Barnaby has been crafting high-end products for niche musical traditions since 2004. His label, Siubhal, specialises in bringing the single malts of Scottish traditional music to a wider audience and his latest release, An Introduction to Playing the Wire-strung Harp (2012), is the first in a series of educational DVD-books. A lecturer in Scottish Music at the Royal Conservatoire of Scotland, Barnaby is also the world’s leading ‘early’ Highland piper. He has played three times at the Edinburgh International Festival and leads the revival of the bagpipe’s predecessor, the northern triplepipe. This drew him to live in Sardinia for six years, giving him the contacts and skills necessary to deliver the Luigi Lai project. His workshop speciality is canntaireachd, the mouth music of the Highland bagpipe, an interest which sparked his collaboration with Lai. A champion of intercultural collaboration, he tours internationally with four ensembles: Band-Re, Coracle, Music of 5 Nations, and Swagatam.

Carlo D'Alessandro – Cinematographer
A 1st Class Honours graduate of the Royal Scottish Academy of Music and Drama, he has exhibited solo photographic work at the Mitchell Library, Royal Botanic Gardens and Scottish Parliament. Winner of a Royal Television Society Scotland Award and Scottish Screen's Young Writer Award, Carlo recently shot the BBC Artworks documentary “The Missing” which followed the journey of writer Andrew O'Hagan and artist Graeme Fagen as they set out to create works based on the theme of missing people. He is currently shooting a major 2-part BBC series on the Battle of Bannockburn, presented by Neil Oliver. He is a guest lecturer of cinematography at the Royal Conservatoire of Scotland, low-budget filmmaking at the Glasgow School of Art, and has mentored apprentice filmmakers at the Glasgow Media Access Centre. He is usually to be found somewhere behind a camera. 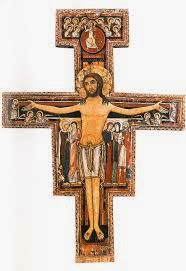 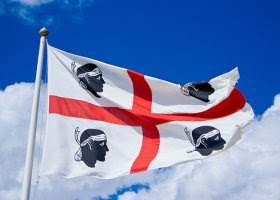 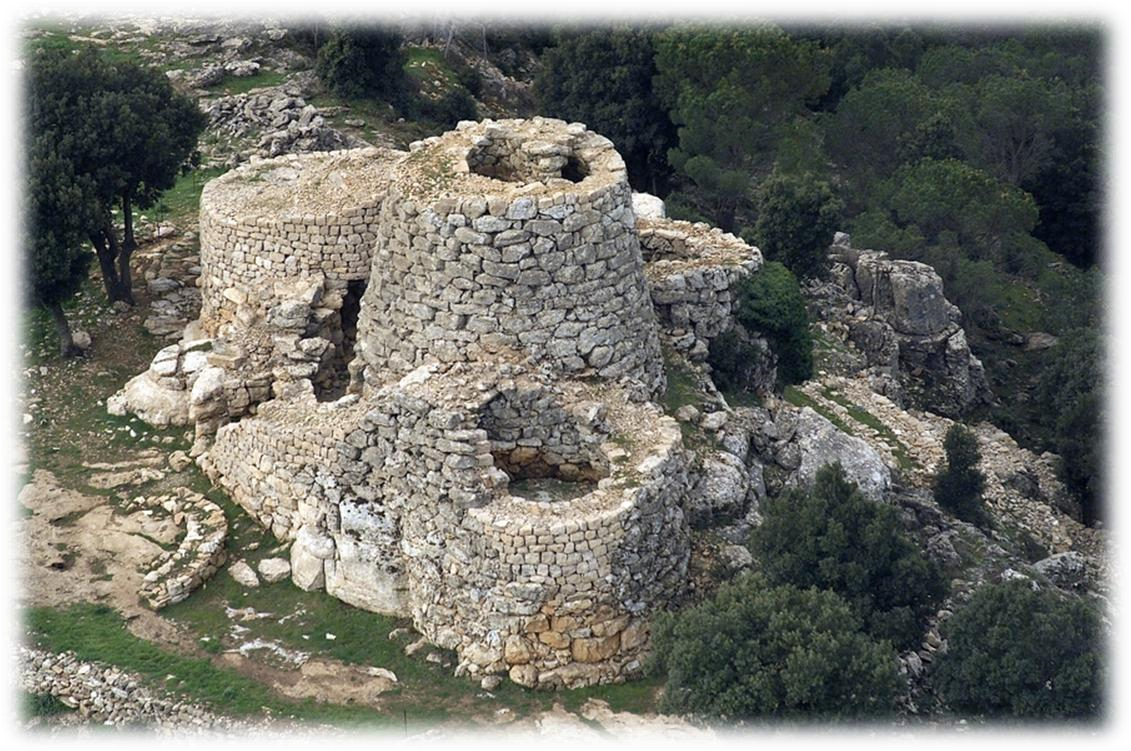